AfPIF 2017 Kicks Off in Abidjan 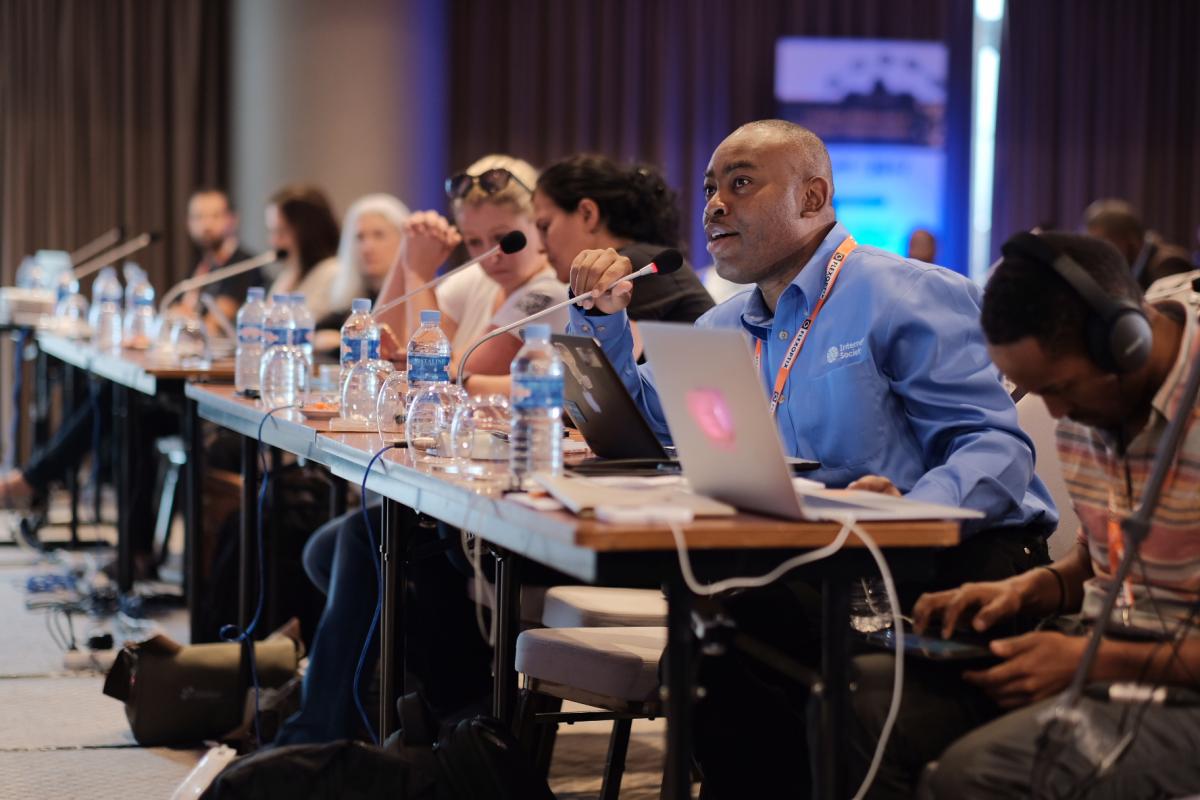 The annual Africa Peering and Interconnection Forum (AfPIF) kicked off at the Azalai Hotel in Abidjan, Ivory Coast.

The first day is known as “Peering Coordinators Day” where peering managers from various networks, operators and policy makers meet and deliberate on the various ways to exchange content locally, lower cost of connectivity and increase the number of internet users in the region.

In the course of the three days, participants get a chance to discuss, exchange ideas and agree to exchange content, known as peering. Most peering agreements are through the handshake and AfPIF encourages participants to take advantage of the various social events and share contacts. There is a session at the beginning and end of every day, where participant share their AS numbers, peering policy and contacts, allowing those willing to interconnect to reach out.

The first session explored the general data and interconnection landscape; Telegeography presented the latest statistics, which is derived from its annual survey.

Statistics show that the growth of submarine cables has led to growth in Internet bandwidth and local content. Five years ago, International transit was growing at 40 per cent, but this year, the growth is at 30 per cent, owing to the increase in the rising local content exchange.

The cost of IP transit continues to fall, currently at $9 per Mbps. The cost is an average of the highest and lowest cost, usually varying between local and and international transit providers. The cost of STM-4 was pegged at $20,000 between London and Nairobi, London and Lagos is $15,000 while London and Johannesburg is the lowest at $8,000.

Intra-Africa capacity continues to grow but most of the traffic is still exchanged in Europe. Growth in data center and cloud services is expected to leade to increased traffic exchange within the continent.

The main theme at AfPIF revolves around lowering connectivity costs; Adva Technologies presented on the various ways they are facilitating low cost mobile bandwidth, especially in less densely populated areas. In Africa, majority of people access the internet through mobile phones, and traditional base station construction is considered expensive to put up in areas with sparse population.

Adva, together with the Telecom Infrastructure Project (TIP) are working on Voyager- an open optical solution that will lower the cost of rolling out, supporting and maintaining infrastructure. Voyager will provide capabilities to monitor and locate network faults in real time, allowing the network to be more resilient.

Apart from Supporting AfPIF, Google has provided its global cache to networks in the region; provided they have achieved a certain traffic threshold or are sharing with other networks in the country. Most countries in African have a cache, in most cases more than one per country.

Over time, Google has noted that networks do not like to share the cache, mainly because it is used as competitive edge within the country. While monopoly is not encouraged, Google has found a way to make networks share; a virtual cache.

The virtual cache will allow many peers to connect , making sharing easy, and make it easier to set up regional hubs. Google has hubs in Nigeria, Kenya and South Africa. The virtual cache is currently under tests in two locations in Africa.

The last panel of the day was on Internet measurement and statistics; Ripe NCC presented on the 275 Atlas probes deployed in 36 African countries; the latest was deployed in Burkina Faso last week.

The Internet Society and Afrinic have supported the Atlas probe project, and the data provided has allowed other researchers to analyze the data. Afrinic in collaboration with LACNIC, University of Cambridge and Queen Mary University have an ongoing project, analyzing latency clusters using Atlas probes and speedchecker.

The research used 229 Atlas probes in 36 countries and 850 speedchecker probes in 52 African countries. The study found that mean in-country latency is Africa was at 78ms, LACNIC region was at 79ms, North America was at 45ms while Europe was at 30ms.

The research found that traffic within Africa was hoping to European hubs before returning to the region; in some cases it had four hops, which increases the latencies.