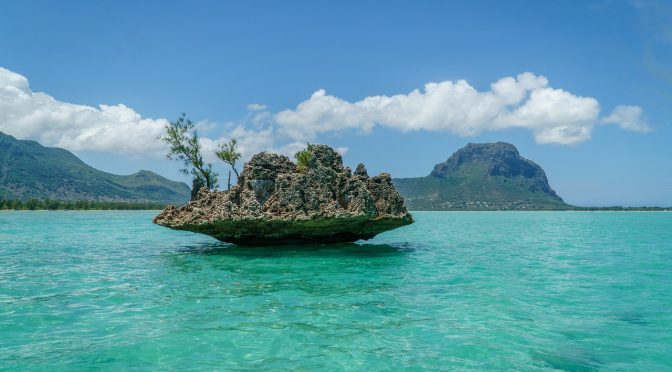 For most people, islands in the Indian Ocean invoke the idea of luxury holidays on tropical beaches – the last place we would want to be interrupted by a business email. But many people like to get online occasionally when on holiday and, of course, for the people who live and work on these islands, being able to use the Internet and connect to the web and cloud for work, education or leisure is just as important as it is for anyone in Europe or the rest of the world.

When it comes to Internet connectivity, the Indian Ocean islands of La Réunion, Madagascar and Mauritius are not as remote as they appear on the map. In fact, when looking at a submarine cable map, we can see that all three islands are connected to each other by two subsea cables – LION and METISS – and there are a number of others that connect them to other countries along the East African coast or to the international hubs of South Africa, and across the ocean to India for access to transit connectivity and interconnection with large networks. In order to connect to Marseille and then on to other European destinations, the islands must use the EASSy cable from Madagascar (running from South African to Sudan) before connecting to another Europe-bound cable. The number of hops in this connectivity journey will improve when Madagascar gains a direct subsea path to Marseille, via the Africa-1 cable, expected to be operational in 2021.

Focus on La Réunion and Madagascar

Located between Madagascar and Mauritius, La Réunion is a French overseas department and one of the 18 regions of France. This means it shares the same status as mainland France, is one of the outermost regions of the European Union and part of the eurozone. Its currency is the euro and its first language is French. With a population of 866,506 (as of January 2019) in an area of 2,507 sq. km (968 sq. miles), the island is densely populated with one-fifth of the population living in the capital, Saint-Denis.

At 587,000 km², Madagascar is the largest island in the Indian Ocean, and fourth largest island in the world. It has such a rich biodiversity – with many species that are not found anywhere else – that it ranks as one of the 17 countries that are considered to be megadiverse. Today, its human population stands at over 26 million, with Malagasy and French as the official languages.

The estimated number of Internet users in La Réunion is 480,000, and in Madagascar 2.6 million, which is 53.9 percent and 9.8 percent of each island’s population respectively. La Réunion is served by four major ISPs and Madagascar by five. As two of La Réunion’s ISPs, Zeop Reunicable and Parabole Reunion, also two of Madagascar’s ISPs, Telma and Gulfsat Madagascar, and the leading ISP on Mauritius, Mauritius Telecom, are Peering members at France’s leading Internet Peering Service Provider, France-IX, we can take a closer look at the numbers behind this usage.

Figures from France-IX show that Zeop, Parabole and Telma are experiencing a dramatic increase in Internet traffic. We can see this from the total subscribed capacity of these three networks, which in 2015 totalled 4 Gbps (only Zeop and Telma were Peering members at that time). If we look at the figures for 2018/19, we see an increase to 44 Gbps, which indicates a capacity increase of 925 percent. So, what has been driving this incredible growth in the islands’ Internet traffic, and what strategies have local ISPs been using to help them keep up with it?

La Réunion and Madagascar each have unique Internet ecosystems. La Réunion’s Internet market is highly competitive compared to the rest of France, with a choice of six service providers for a population of only 860,000 – a density of operators unique to the island. This high market penetration doesn’t mean an end to growth, however, as the rapid deployment of fibre-optic technology shows. When it comes to fibre to the home (FTTH), La Réunion is way ahead of France with approximately 75 percent of Réunionese homes now connectable. In locations where there are two or three co-existing fibre networks, of which Zeop is one, the high level of competition has helped the fast deployment of fibre over the whole island. Similarly, on Madagascar, figures from Telma show that Internet traffic has exploded since 2015 with the deployment of 4G and fibre optic, doubling in just two years to just over 60,000 Terabytes.

Driving this growth is a strong desire for streaming video and social media use – particularly from France due to the French-speaking populations. All three networks featured in this article, Parabole, Zeop and Telma, cite Netflix, Google, Youtube, and Facebook as being top destinations for users. For Telma in Madagascar, SSL and Bit Torrent also feature highly and Zeop puts Akamai is in its top four content providers. But both La Réunion and Madagascar face the challenge of how to obtain this consumer content from around the world when isolated in the Indian ocean. Let’s look closer at each of our contributors.

Zeop is a fibre optic and mobile operator founded in 2008 and a pioneer in the optical fibre deployment on La Réunion island. Martin Vigneau, Deputy General Manager, explains the network’s vision, challenges and approach to solving them:

“Our vision is to make La Réunion into a “smart island” with a communication zone that will help develop the economy and positively impact the other islands of the Indian ocean zone by encouraging exchanges with Africa, India and Australia. We hope La Réunion will have an important role to play in this evolution.

“Currently, 50 percent of Zeop’s traffic is due to the main content providers such as Netflix, Facebook, and Google. YouTube is widely used here and has been deployed on Zeop Internet-TV boxes with 90 percent of our customers using the app at least once a day. We also have many game leagues. Most are hosted on local servers, improving latency, which is good for the several gaming events held on the island, such as Geekali, which had 30, 000 visitors last year. La Réunion has a big geek community despite our geographical remoteness, but as far as e-commerce is concerned, we are lagging behind as our remote location means that deliveries are highly expensive. Amazon does not ship to the island, for example, and there are no local warehouses.

“We have various strategies for keeping up with increasing demand for Internet access. We work with CDN partners to deploy cache servers to have as much content as possible available locally and we have increased our capacity at our point-of-presence (PoP) within metropolitan France – at the France-IX Internet exchange point in Paris. Looking further ahead, we have started working with nearer PoPs within the Indian ocean zone in South Africa, where we believe the next global content hub will be located, and we have an investment in the METISS cable, as we aim to be a real actor in undersea capacity. We hope to be partners of future cables in the East of the zone and get contents from Asia as well.”

“The average annual growth of our IP traffic is currently 25 percent, which is very much driven by a demand for video content. YouTube is one of the main destinations for our users and its quality is a key indicator of how well our service is performing. We keep up with this increasing demand by proactively sizing our international connections accordingly, while adapting our local infrastructure with cache servers, placing the content geographically closer to the end-users, and so reducing latency and helping us make bandwidth savings.

“Our challenge is to maintain a high-quality service while providing access to content from all over the world. Subsea cables allow us to be close to our chosen content servers – we could have chosen to connect to locations in South Africa or Kenya for example, but we chose Europe to meet our customers’ expectations as they ask for a lot of European content, which is logical considering our status as a French overseas territory. We currently rely on two cables: a main route with the best latency, and a secondary one for back-up, which makes our XDSL offering very reliable.”

In Madagascar, the socio-economic context is different and only 9.8 percent of the population are Internet users (as of 2017). Telma – the first telecom operator in the Indian Ocean – is experiencing an average growth of 80 percent per year: thanks to redundancy projects, interruptions to its optical backbone are barely perceptible. Joël Randrianasolo, Deputy CEO/Group CTO at Telma, explains how the network keeps up with this exploding demand:

“Our strategy for delivering a stronger and competitive Internet service is ongoing modernisation of the core IP backbone to support All-IP traffic and deployment of CDNs and cache servers to bring content closer to users. We also undertake ongoing monitoring with proactive follow-up regarding the use of the links in order to anticipate any necessary capacity upgrades.”

All three networks have chosen to become peering members at the France-IX Internet Exchange in Paris.

For Parabole Réunion, membership of France-IX is a way to improve the performance of its Internet services for a number of reasons: through access to the many major international content providers hosted at France-IX; by reducing latency – as the fastest and shortest route to other peering members is an IXP peering connection; and because being able to access the content from other peering members such as AWS, Akamai, Google, Facebook, YouTube (and many more) means improved speed and quality of service.

“We joined France-IX because we realised the IXP platform has a member community that includes all the Internet ecosystem players we wanted to interconnect with,” explains Richard Tchissambou. “In terms of traffic, today 70% of our international traffic goes through France-IX and our gains in terms of latency are significant. Thanks to our France-IX membership, our customers enjoy a better quality of service and improved access to important content that is usually difficult to reach. These benefits impact positively on our ability to retain our existing customers and gain new subscribers”.

For Zeop, the benefits of France-IX membership include direct connectivity with Internet ecosystem actors who do not usually do private peering or have restricted policies (especially the biggest ones, such as Google). Martin Vigneau explains:

“For our customers, it’s all about better quality. France-IX opens up new possibilities for us and allows us to increase our direct routes by peering with its community. In addition, the IXP allows us to control costs and have a balance between transit and peering. As we are quite small, it’s difficult for us to have affordable transit prices (it’s around 30 to 50 cents in transit cost to reach Paris with our current providers).”

“We gain a reduction in the amount of traffic that must go by expensive transit providers and so reduce our costs and we also get an improvement in latency time.”

All three networks are gaining positive results from peering at France-IX – new joiners are always welcome!