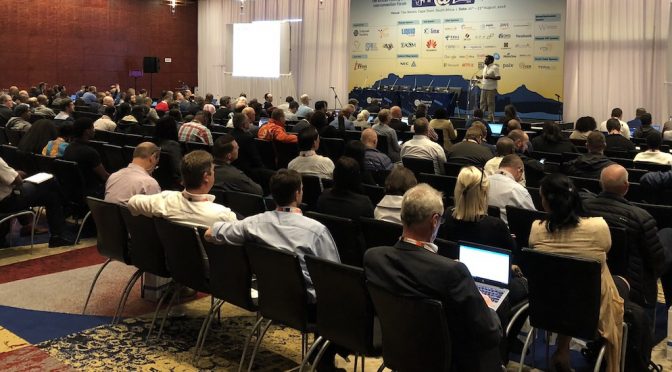 The ninth edition of Africa Peering and Interconnection Forum (AfPIF) kicked off today, with more than 400 tech executive in attendance.

This year, the forum was organized and held jointly with iWeek- South Africa ISP Association’s premier tech event. The event is underway at the Cape Town International Convention Center.

The sessions started with an introduction by Nishal Goburdhan, a veteran of AfPIF, who traced the history of AfPIF, from its conception to the community event it is. The community took over the program three years ago, determining the speakers and the conference content.

How can you take advantage of AfPIF? Nishal suggested that the participants use peering personals sessions; this is like speed dating for networks – members give details of their AS numbers, where they peer, peering policy, contact information, and explain why other participants should peer with them. At the end of every session, participants get a chance to introduce themselves.

The meeting tool allows participants to book meetings with other people and there are long breaks in the schedule, meant to facilitate the meetings. There are six half-hour breaks and 90-minute lunch sessions to allow continuation of discussions.

For the last nine years, it has been clear that most peering agreements are done through a handshake and social sessions. The sessions are meant to facilitate these kind of discussions.

How to start an IXP and how to grow an existing one are probably the major questions for Africa’s tech community. Solène Souquet, from Asteroid International, made a presentation on “the big case for a small IXP,” noting that one doesn’t need a big budget to set up an IXP.

The most important part is a vibrant local community, a gigabit infrastructure that is scalable, 20 or 30 customer ports, website, route server, central location with good connectivity options, and a content carrier as among the peers.

Netflix is one of the major global content carriers and has recently established POPs in Africa and is planning to grow. During the peering and transit tutorial, Netflix explained the different consideration in traffic routing. When accessing Netflix, traffic is routed to the closest server, which facilitates faster response time.

One of the major issues that ISPs have with Netflix is blocking of IPs that are found to have flouted the rules, especially using VPNs to access the content. Netflix says that content is geographically licensed and they provide it depending on what the region prefers to watch. In cases of blockage, Netflix encourages ISPs to reach out and resolve the matter with their teams.

The last session was on inter-city traffic latencies, and it shows that the latencies are falling, as the region continues to interconnect more-and-more cities. The study showed that the median latencies are at 250ms.

The study was conducted in collaboration with the University of Cape Town and AFRINIC. It used Ookla and speedcheker to measure the latencies, 723 probes in 100 cities, 43 countries, and 271 servers.

Northern has lowest city-to-city median delay compared to other regions. Kigali was noted to have high latencies but the team couldn’t explain, but promised to continue investigating.

Watch the Livestream of AfPIF 2018!