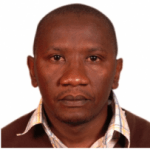 Kennedy Aseda is the Lead Network Operations & Security Engineer at KENET and has been working at KENET since 2008.He holds a Bsc. in Electrical & Electronic Engineering from the University of Nairobi and is a member of Kenya’s National IPv6 Task Force as well as National CIRT/CC. At KENET he oversees the network, data center and cyber security operations; he has also represented KENET as a member of the Global eduroam Governance Committee (GeGC) in the period 2012-2015 as one of the regional representatives of Africa tasked with defining technological and administrative improvements for the operation of eduroam at the global level. His current interests are in general operational security of the Internet and Internet measurements.

KENET is the Research and Education Network in Kenya.