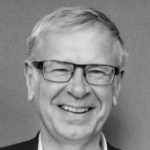 Arnold Nipper is in the Internet industry since 1989. He was instrumental in setting up RIPE, DeNIC and the academic and research IP network in Germany while working at one of the first commercial ISP in Germany. Co-founding DE-CIX in 1995, Arnold Nipper served as CTO/COO until recently and now holds the position as Chief Technology Evangelist. Since 2007 Arnold Nipper is also involved in PeeringDB as an Admin, serving as Director since November 2015.