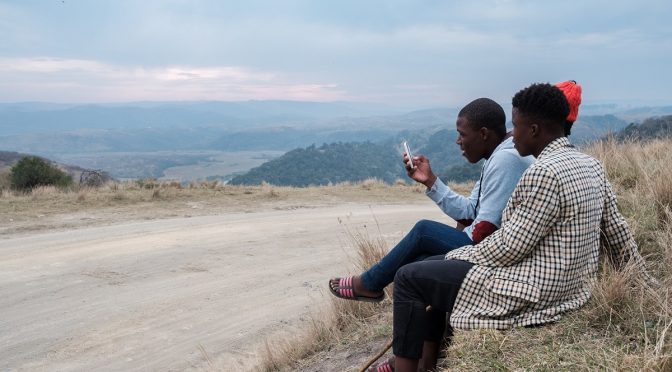 In 2010, Liquid Telecom was approached to support the first Africa Peering and Interconnection Forum (AfPIF). It was a great opportunity to start conversations on how to share content locally and offer better user experience. We’ve continued to support Africa’s tech ecosystem ever since – the Liquid Telecom team has attended every Afpif event and we’ve been a platinum sponsor since 2012.

One of the big issues back in 2010 was the amount of content that was hosted abroad – meaning higher transit costs, which can lead to higher connectivity costs to the end user. The goal was to increase the level of content exchanged locally to 80%. This meant we had to invest in more data centres and cloud providers, as well as educate the users on the importance of hosting locally.

Experts at the early AfPIF events predicted a more interconnected Africa and that by 2020, 80% of all Internet traffic downloaded in Africa will be sourced from a data centre or exchange point in Africa.

For Liquid Telecom that advice has come true and we achieved the milestone in 2019, but it has not happened for all countries in Africa which we are yet to reach.

Four or five larger African owned multi country backhaul networks have emerged, all peering with each other at strategic hub locations to exchange traffic locally and keep African data in Africa. At Afpif meetings we learnt as an industry that if we peered locally with each other that we would flourish faster than those that staunchly refused to peer.

We also learnt that by doing this, our costs of transporting data to and from Europe would reduce significantly, and even that content giants would begin to pay to bring their content to Africa – instead of Africa paying to get to them. The entry of the global Internet giants into Africa – who have decentralised the infrastructure of their platforms and moved from centralised data centres to a distributed model of multiple data centres and caching nodes connected by robust transport networks – will play a big role in achieving that 80% figure.

But what is next for Africa’s Internet?

Certainly, the African Internet ecosystem looks set to enlarge as more countries take progressive steps to open up their telecoms market and improve connectivity.  Liquid Telecom just announced the construction of fibre to Juba in South Sudan, reducing the small number of countries that still have no backbone fibre optic network to their capital cities.  And there are positive signs that the liberalisation of telecoms in Ethiopia, a country of over 100 million people, looks to be happening right now.

The Africa free trade agreement has been ratified and finally signed by Nigeria leaving only one country, Eritrea, being not part of the world’s largest trading area. African Union predicts that intra African trading will increase from current 16% by a factor of 60% by 2022. Intra African trade sets to drive more investment in road, rail and ICT infrastructure to facilitate the growth, and the usage on the digital infrastructure sets to increase, further stimulating the trade by selling of digital assets and services across borders.

But it’s not all good news. We have seen backward-looking regulations passing in some countries to limit or regulate popular Internet applications such as social media. Internet shutdowns in Africa have become more prevalent and serve to harm the economies of those countries involved. With more digital transformation and cross border interconnection, it maybe only a matter of time before the impact of a national Internet shutdown will affect users of digital services in neighboring countries.

Global politics also comes into play and a trade war between US and China, now being aimed at a vendor who has been successful in Africa and instrumental in helping governments and MNOs roll out African fibre and 3G/4G services, can’t be good for Africa either.

But overall, we expect to see strong growth in additional infrastructure and more interconnection. This means more access, more applications, more cloud being consumed and more digitisation of business and government services, leading to more completely new digital services being consumed by a rising African youth population. Not to mention the potential explosion of connected IoT devices.

By 2030, there will be multiple ways for Internet traffic to travel from Cape to Cairo within Africa, and multiple fibre routes across the region. All countries in Africa will be connected to fibre and interconnected, and much investment will have been made in last mile access. Many countries will have carrier neutral data centres, but it is likely that the biggest concentration of data centres and cloud computing will be in those countries that have larger digital economies and safe regulatory environments for data storage. Interconnection will enable the smaller countries to access Africa’s Cloud.

From a technology perspective some key developments are happening behind-the-scenes. Afrinic is the last regional Internet registry to have remaining IPV4 addresses and we are now looking at a nearly empty store. The African Internet of the future will therefore be advancing rapidly towards IPV6.

There have also been some key developments in IP packet routing and segment routing that are enabling us to route traffic based on where it has come from as well as where it is going to. We at Liquid Telecom were one of the first globally to deploy segment routing as well as one of the first in Africa to deploy IPV6 to the last mile customer endpoint – and it was great to receive an award recognising that in London at the end of 2018. We are also looking to the future and getting involved with standards development, especially where segment routing and IPv6 converge, in order to ensure the standards of tomorrow cater for the needs of Africa and its customers.

These technology enhancements will pass on benefits to our customers. Increasingly our larger backbone users are wanting to migrate towards IP based services from traditional IPLC leased lines, but still want control and flexibility of the exact routing and path taken. By 2030, not only will there be multiple terrestrial paths for Internet traffic to travel from Cape to Cairo or from east to west, they will also likely be carrying transit traffic direct from Asia to the Americas. Network providers will adopt new routing technologies to deliver more choice to their customers about where their traffic comes from and how it reaches its destination across the multitude of paths available on the continent – so that they can mitigate their risks and enjoy an Internet experience tailored to their requirements.