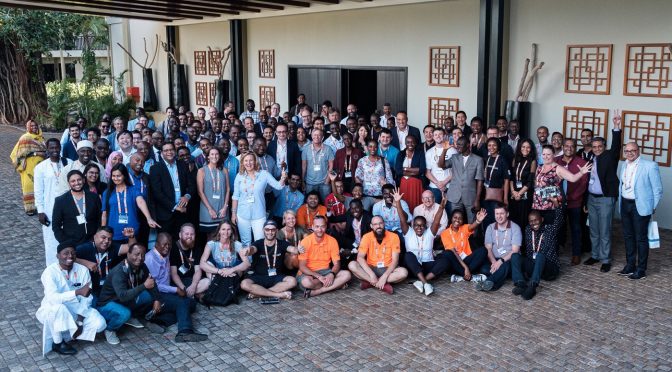 International Traffic, the Economics of Peering, and a Look Ahead to 2030

Johannesburg, Cape Town, Lagos, and Nairobi maintain their top hub status, but Cotonou, Kigali, Libreville, Abidjan, and Dakar have emerged as major hubs as international traffic grows. Cotonou recorded 88Gps between 2018 and 2019, showing a 77% growth, while Kigali recorded 75Gbps, a 92% growth, and Libreville had 113Gbps at 71% growth.

This was attributed to a drastic reduction in connectivity costs, which led to more data center space and eventual demand for more capacity to other international hubs. West African connection, especially between Dakar, Abidjan, Accra, and Lagos has also increased.

Telegeography monitors international transit traffic and the presentation was one of the highlights of the day. Domestic traffic is a bit harder to capture but Telegeography promised to work with more providers to get future snapshots of the growing traffic.

The presentation by Telegeography explored the shifting connectivity landscape in Africa and its effect on interconnection hubs, showing that new hubs may soon emerge, as more and more cities reduce the cost of connectivity and invest in more infrastructure.

The data emerging shows that Europe is still a preferred transit route and Intra-Africa route capacity has increased between East and West while South to North connectivity is increasing, probably because of the Cape to Cairo infrastructure projects.

The data also shows that new hubs will be driven by new submarine cable routes, carrier neutral data centers IXs, a friendly regulatory environment that is geared towards business growth, business competition and low prices for local connectivity, and a rich ecosystem with content and growing corporations.

AfPIF also included a presentation exploring Africa by 2030 and what we need to be prepared for. It was clear that intra-regional connectivity was key, as prices continue falling, and expected to be on par with other parts of the world by then. There were other expectations for 2030, including:

In her presentation, she projected that Africa’s IXP growth will follow the international trajectory, with falling connectivity costs leading to an increase in content and the eventual need for exchanging content locally and strategically.

For any community considering whether to set up an IXP, it is important to consider the port costs, equipment support costs, costs of cross connect, data center costs, and any third party costs that may be incurred.

These costs can be weighed with the benefits of an IXP, such as reaching content networks or cloud providers like Microsoft, AWS, Google, Akamai, Limelight, Fastly, Facebook, and Netflix among others.

To understand where to peer, it is important to get statistics about the highest traffic sources and destinations on the network, allowing the easier upgrade of capacity.

Stay tuned for the Day Three Summary, with more discussions on content and security!