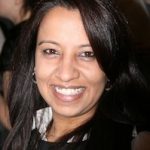 Bijal Sanghani is the Secretary General at Euro-IX based in London, UK.

Bijal’s experience includes DNS management for DEMON Internet, Provisioning Engineer at Level 3, Senior Operations Engineer at FLAG Telecom and Reliance Globalcom where she was involved from the beginning to build the FLAG IP network. In 2011 Bijal moved from an operational role to the top management role at Euro-IX. Euro-IX is a non-profit membership association for Internet Exchange Points (IXPs). In her role she brings the members together to share ideas and experiences on technical, commercial and regulatory matters, and works on other IXP related projects such as the Euro-IX Twinning Program and the IXP Database. Bijal has grown the membership by over 60% since she started in 2011.

Bijal has been involved with the Peering and Interconnect Community since 2003, she’s been a RIPE NCC Services Working Group Co-chair since 2005 and served on the UKNOF Program Committee from 2006 until 2014.